“ONLY THE DISCIPLINED WILL BE SAVED!” HOMILY FOR THE 21ST SUNDAY IN ORDINARY TIME (YEAR C). Rev. Fr. Boniface Nkem Anusiem PhD 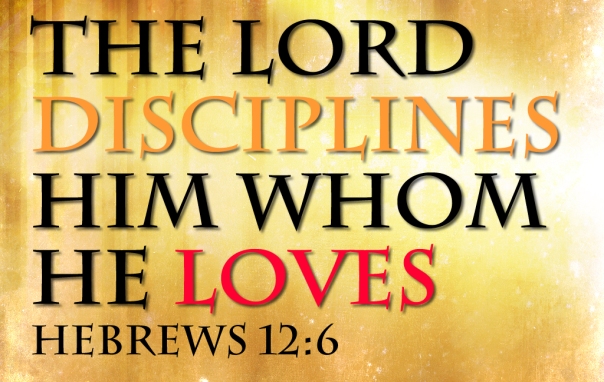 A little boy was repeatedly rude. On one occasion, the boy’s dad had to hit him hard on the head as a corrective measure against his unbearable rudeness. The boy felt so bad and asked his dad why he had to hit him so hard. The dad responded and said that he hit him hard because he loves him. Instantly the boy raised his hand to hit his father but first asked “can I love you back?”

Have you ever experienced the torturous treatment of a disciplinarian? The person could be your dad, mum, relation or one of your primary or high school teachers. If you have not had a direct experience with a staunch disciplinarian then you could count yourself fortunate and may be “uncooked” too.

One thing about disciplinarians is that you can never forget them and people often appreciate them later in life. The reason for the latter is that the punishment and pain they inflict are often inspired by love and the disposition to help the individual to grow and become better in life. We can recount our various experiences and I personally will not forget my dad’s torrential slaps that were phenomenal and led to instant promises of ideal conduct.

The Second Reading Today (Heb.12:5-7.11-13), could readily serve as our point of departure. In the letter, the word DISCIPLINE was mentioned up to five times while there are also other synonyms connected to it in the context. The writer of the letter recalled an exhortation in the Old Testament which said:

“My son, do not regard lightly the discipline of the Lord, nor lose courage when you are punished by him. For the Lord disciplines whom he loves, and chastises every son he receives”

The writer went further tell us that one of the important and highly helpful duties of a father is to discipline the son. Though it might entail pain and some unpleasant experiences at the moment but later it yields pleasant fruits.

If we take an active look into the bible we will discover that those whom God loved so much passed through some excruciating and often severe punitive experiences. We know how Abraham had to go through a long route of childlessness even when God had promised him that he will be the father of a great nation with innumerable children (Gen.17:4-6). Joseph went through thick and thin, starting with his brothers, before his elevation in the Land of Egypt (Gen.37ff). The people of Israel (whom God called his people) went through tough times at various points in their life as a nation starting from the slavery in the land of Egypt through the incessant attacks from their enemies to Babylonian captivity and the fall of Jerusalem.

We can also recall the unsettling times of David, the man after God’s own heart (1 Sam.13:14). Most of the prophets did not have it easy like Elijah, Amos, Jeremiah and others. We cannot forget our elder in faith Job on whom God placed a premium bet with satan as a contender (Job 1:6ff). Finally, we have the example of our Lord Jesus Christ, the Son in whom God the Father is well pleased (Matt. 3:17), but who had to go through excruciating passion to the extent he even asked God the Father why he had forsaken him (Matt. 27:46).

Why would God allow those he loves to go through pain and suffering? Put in another way, why does God often apply discipline to those dear to Him? This question is answered in all the three Readings today and we shall examine them carefully.

In the First Reading (Isaiah 66:18-21) we are presented with God’s plenary assembly consisting of all nations and tongues whose works and thoughts are personally known to God. God is all-knowing and nothing is hidden from Him (Psalm 139). From all these people these will emerge, survivors (or fugitives which mean escapees) who will further announce the glory of God. The mention of survivors is an indication that there were victims or non-survivors. In other words, the survivors are those who emerge from God’s disciplinary hands.

The Gospel Reading today (Luke 13:22-30), makes the theme of our reflection today more profound. In the narrative, an unnamed person asked our Lord if only A FEW WILL BE SAVED. Looking at the passage it may seem that the question came from the blues. However, if we go back to the beginning of that Chapter (13:1ff) we will discover that our Lord has been talking about salvation on one hand and damnation, on the other hand, beginning with some events at the time as well as some parables that all called for repentance and fruitfulness.

To the question: “will only a few people be saved?” Our Lord answered not just the questioner but everyone with an imagery of a narrow but indispensable door (gate) which many will try to enter but will not be strong enough to do so. Why? First of all the door (gate) is narrow and this means that those who are moving in accompanied with unnecessary accessories cannot enter. This means that it will take an extra and extreme discipline to gain entrance. We could recall that our Lord in another place said that it will be easier for a camel to enter the kingdom of God than for a rich man (Mark 10:25).

From the reflection so far, we can locate two dimensions of discipline for any of us to be saved and these are divine discipline and self-discipline.

There are some plants like the jack pine, found around the northern part of central and eastern United States and Canada, that need fire to survive. After a forest fire, Jack pines release their seeds and blossom. Just as iron, when put into the fire, loses its rust and becomes glowing, it is in the same way that divine discipline refines us and brings out the best in our lives.

The Lord’s discipline is meant to bring about the death of the old man in us for the new man to emerge (Col. 3:9-10). In the Gospel narrative, it is clear that those who finally became last (though they were formerly first) were those who failed to accept divine discipline that brings about a transforming change in the life of the recipient.

In his letter to Timothy, Paul identified self-discipline as a precondition for godliness (1 Tim.4:7). Writing also to the Romans (12:1-2), Paul recommended the offering up of oneself as a sacrifice that is holy and acceptable to God while at the same time saying that we should not be conformed to the pattern of this world; this is self-discipline.

It is very instructive to discover those who operate on the platform of indiscipline in the gospel narrative today. They are the ones who would arrive at the door when the door (gate) is locked. They are the ones who would think that admittance into the eternal home would be based on familiarity, hear them again: “we ate and drank in your company and you thought in our street”. We can attest that no disciplined mind can use this as the basis for entrance into the eternal home. They are those who would become last because coming first they failed to fall into the mode of discipline. Yes! Only the disciplined will be saved!

As we launch into the new week, let us be disposed for divine discipline and also make honest efforts for self-discipline.

One Comment on ““ONLY THE DISCIPLINED WILL BE SAVED!” HOMILY FOR THE 21ST SUNDAY IN ORDINARY TIME (YEAR C). Rev. Fr. Boniface Nkem Anusiem PhD”