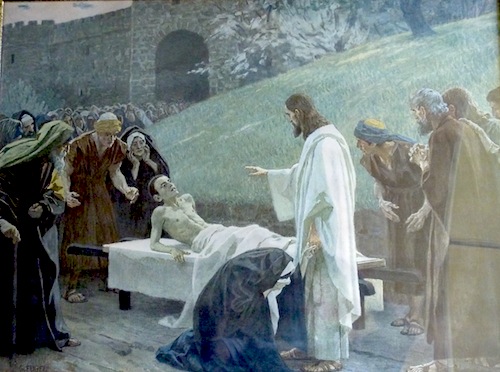 It was past midnight one fateful day. The entire landscape was enveloped in premonitory darkness after a power outage. One could hear some eerie sounds of some nocturnal insects and birds as they produced some ghostly rhythms that mystified the atmosphere. I had scarcely shut down my laptop when the macabre cry of a woman came sharply and distinctly with a high pitched tremor. “Fadaaaaa oooh! My Child is dead?” I was trying to decipher where the cry was coming from when I heard my very close friend, whose parish I was visiting in the south-eastern part of Nigeria, rushing out.

A woman had come to the Church from the hospital in the company of her husband and with their very sick son to see the priest for urgent prayers. Suddenly, the boy could not breathe again and became lifeless. My friend was almost devastated. In his mind, he was troubled that by sunrise the story will go around the neighborhood that a child was brought to the Church sick and alive and was eventually taken home dead and lifeless. He took the child from the mother and began some heartfelt supplications to God in prayers asking Him to manifest His power and visit the child with divine resuscitation. To cut the long story short for want of time and space, the dead child came back to life! This was a real life event and the facts are verifiable; if you ask me. God visited the woman and her son and their story changed!

Our opening story here resonates with the First Reading (1 Kings 17:17-24) and the Gospel Reading (Luke 7:11-17). In both Readings, we are presented with the fact of bringing back the dead to life. Two women were involved, they were widows and both had sons that died and were brought back to life through divine intervention or more appropriately, by divine visitation. We shall be looking at the two events singly and closely.

In the First Reading, Elijah was sent by God to a widow in Zarephath, a Sidonian town. This was at the peak of the famine in the land of Israel. We could recall that God sustained the woman and her son through the visit of Elijah who came at a time she was about to prepare the last meal she had for herself and the son. Elijah provided her with the miracle of unfinished flour and oil while the widow provided the prophet with accommodation. When we give, there will be gifts for us (Luke 6:38).

After some time, misfortune came calling. The son of the widow became very ill and died. The type of illness was however not mentioned. The woman blamed the death of her son on Elijah whom she felt had come to dig into her past and find reasons to punish her with the death of her son. Her cries and heavy words may have touched Elijah most significantly and personally so he carried the child and went up to the upper room (the place of the divine encounter), where he lodged. And laying the child on the bed he cried out to God asking Him why He had brought calamity on the woman who was giving him accommodation. Thereafter he stretched himself over the child three times and prayed, “O Lord my God let this child’s life come back to him”. Instantly the child’s life was restored. Elijah later came down with the boy, now healthy and full life, and handed him back to his mother. The widow now spoke up and said: “Now I know that you are a man of God and that the word of the Lord in your mouth is the truth”.

Reflecting on the event, we have so many things to learn. From the action of Elijah, we discover that there is a difference between crying to God and praying to God. Elijah’s first action was that of crying to God just like most of us do when we have problems. Beyond crying, we are expected to pray; so there can be prayerful cry (Psalm 34:17) and mere cry (Exodus 14:15). It was Elijah’s prayer that resuscitated the child not just his cry which was blended with a complaint. This could be like when we say, ” Ohh God! why me?”. As distinguished from the cry, Elijah’s prayer was a  faith-full statement: “O Lord my God let this child’s life come back to him”.

From the point of view of the widow, we have some findings judging from her response to the miracle of her child’s resuscitation. Let us hear her again: “Now I know that you are a man of God and that the word of the Lord in your mouth is the truth”. Does this statement not show that the woman had actually been in doubt about the personality and mission of Elijah? On the basis of her doubt and mistrust, God, possibly, allowed her son to die so that through Elijah’s intervention her faith could be established and solidified. We are often like this widow. In spite of the numerous things we receive from God, we often still question His power and presence in our lives.

Going over to the event in the Gospel Reading today, we encounter another woman who was also a bereaved widow having lost her only son who was referred to as a man. This time, there was a funeral procession to the graveyard for burial. The mother of this man had with her a large crowd of sympathizers. Suddenly our Lord Jesus Christ appeared at the very moment with a great crowd. He was not invited to the funeral but he felt for the widow who was crying uncontrollably. Our Lord had compassion on her and asked her to stop weeping. He went ahead to touch the bier and the undertakers stood still. Perhaps at this point, everyone became silent and watched to see what his next action could be. Our Lord raised his voice and said: “young man I say to you arise!” Instantly the formerly dead man sat up and began to speak. We were not told what he said, maybe he could have asked: “what is going on here?” In retrospect, we can answer him here by saying “you just had a divine visitation this moment!” Yes! After the miracle, we were told that fear seized the people as they declared: “A great prophet has risen among us” and “God has VISITED his people!”

One significant thing in the Gospel episode was that our Lord Jesus Christ visited at the most needful time. We can say that he visited the Galilean city of Nain at the right moment. He came at a time when all human efforts had failed. he came at a time when people had lost hope, he came at a time when the world said: “it is impossible”. He came to give the final word on the young man. When God has not spoken about a situation, nobody has right to speak! For his mother and the mourning crowd, it was over, but for our Lord Jesus Christ there is a rising from the dead; mourning can turn into merriment, sighs can turn into smiles, tears can turn into thanks, the end can become another beginning. This is what the moment of divine visitation entails.

The stories of these women can be applied to our personal lives. Often we go through hopelessness. Often when we are confronted by the changes and challenges of life we appear dead and lifeless. Today, there is the reason for us to believe in the oracle of the Prophet Ezekiel (37:7) that the dry bones shall rise again. There is the reason for us to believe that he who can to give us life in abundance (John 10:10b) can as well resuscitate our dead conditions and situation. St Paul gave his own testimony in the Second Reading (Gal. 1:11-19) about his own experience of divine visitation. When God visited him on his way to Damascus he was changed from a persecutor of the good news to a preacher of the good news.

Take some time and look into your life, there must be an area that needs to rise and live again. Your death may not be physical, it could be spiritual or mental. The good news is that whatever it is, God is capable of raising you up again at this moment of divine visitation. We end with this soulful song of Josh Groban.

When I am down and, oh, my soul so weary;

When troubles come, and my heart burdened be;

Then I am still and wait here, in silence

Until you come, and sit awhile with me

You raised me up, so I can stand on mountains;

You raised me up, to walk on stormy seas;

I am strong when I am on your shoulders;

You raised me up, to more than I can be.

Happy Sunday and have a fruitful week ahead.