OUR OLD-PAST VS OUR NEW-FUTURE: THE GOSPEL OF SECOND CHANCE. HOMILY FOR THE 5TH SUNDAY OF LENT (YEAR C). Rev. Fr. Boniface Nkem Anusiem PhD 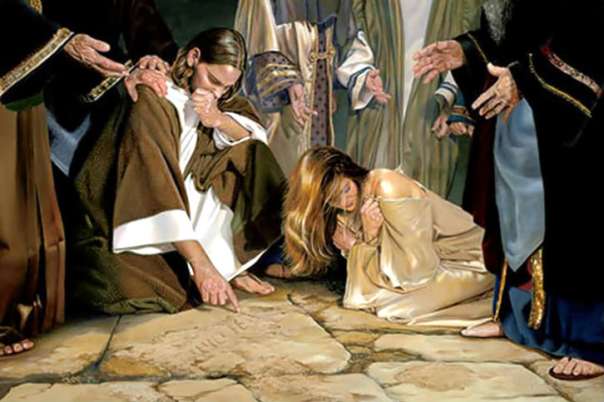 Imagine if there are no U-turns or exits on our roads. Motorists will definitely find it challenging as they would travel so long in order to get to nearby places. Imagine also if there is nothing like a second chance or a try-again platform for anything at all including examinations. This will mean that there will be no remedy for mistakes and of course mercy, pardon, forgiveness and similar acts of consideration would be unimaginable.

The First Reading (Is. 43:16-21), assures us that God is not interested in our unproductive past including its oddity and ugliness. In fact, there is a direct call on us to forget the things of the past and to focus on the new things that comes in the future with God’s bidding. This is at the same time telling us that God wants us to try again, God is giving room for us to make amends. It means that God is giving us a second change; a U-turn! In God’s own arrangement, there is the possibility of another chance, there is a possibility of regeneration, reconstruction and revitalization.

Today in the Gospel (John 8:1-11), we are presented with the incidence of the woman caught in the very act of adultery. Here we encounter a very interesting drama involving two different perspectives on a given situation, which is the human judgement and the divine response. For the people who caught the woman in the act of adultery, she was the worst sinner that deserve nothing but total condemnation and ultimately death. For them she is sin-full and they are sin-less. For them, she had committed the worst sin in the whole world and should be forced out of existence.

It is remarkable to note that the people who caught the woman had two intentions. The first we have already established was to condemn her and put her to death. The second and most hideously dangerous was to fault our Lord Jesus Christ by pushing him to certify the death of a sinner which would run contrary his mission on earth which is to call sinners to repentance (Luke 5:32).

In the face of the mounting charges against the woman, our Lord Jesus Christ remained unjudging and calm.  Bending down, he began to write and then he looked up to ask a very simple but deep question: “If there is any one of you who has not sinned let him be the first to throw a stone at her”. He bent down again and continued his writing project using his finger as the pen and the ground as paper.  We were not told what the title of his script was both he wrote purposefully.

Those who brought the woman could have seen what he was writing and we are told that after our Lord’s soul searching question, they started leaving from the place starting from the eldest. Why the exit? Some commentators would say that he listed their names and the numerous sins they have committed beginning from the eldest and this could have been very likely though not stated in the passage.

When they all left, both the young and the old, our Lord Jesus Christ asked the woman an interesting but liberating question: “where are they, has no one condemned you?” She said “No one Lord”. And Jesus said “Neither do I condemn you; go and do not sin again”. This Gospel episode is seethed with so much lessons and they will serve here as guides to our reflection.

It is generally very easy and convenient for us to judge and condemn others. We see this for instance among soccer fans who want their favourite teams to score goals upon goals without thinking about the energy and skills that are needed to do so. Often times, we are quick and ready to find faults in others and while making ourselves spotless saints. This is the way of the Scribes and Pharisees who see the speck of dust in other people’s eye but would not notice the log of wood in their own eyes (Matt. 7:3). It was to this effect that our Lord Jesus warned us not to judge so that we may not be judged (Matt. 7:1) and to remove the plank in our own eyes so that we can see clearly enough to remove the speck in our neighbour’s eyes (Matt. 7:5).

Some of us today are direct descendants of the Scribes and Pharisees and we take up this condemning and judging attitude when we are not by any means better. We see the bad in others and would not notice the worst in us. We see the failures of our leaders but we don’t care about our ineptitude in followership. We see the wickedness in our parents but we don’t identify with our truancy. We see the bad in our children but we don’t reckon with our worst examples. When it has to do with us it is a little mistake but when others are involved it is a very big crime; they must pay for it! They must in fact be put to death.

We often try to excuse ourselves from the things we have done with our full senses and faculties in place. Very often we blame the devil. Some other times we blame our families, backgrounds, friends, the government and even God. The blaming game is a very popular one in our world right from the Garden of Eden when it started with Adam and Eve.

The woman that was allegedly caught in the very act of adultery showed a very calm and penitent disposition. She accepted her situation without blaming anyone whether it was real, imagined or an allegation. She accepted the undisputable fact that she was a sinner and that she was ready to face her fate. The people who brought her took the form of sin-less men while she remained with the nomenclature of a sin-full woman.

We are very much like this woman as we all have sinned and have come short of the glory of God (Rom. 3:23). God is always catching us red-handed in the very act of committing sin yet like this woman, He gives us another chance. In fact with God there are many chances for us to undo our putrid past with a better future.

The Second Reading (Phil.3:8-14) seem to capture the mind of the woman after experiencing the saving grace of our Lord Jesus Christ. With St. Paul I could hear her saying:

Our Lord Jesus Christ is no doubt the turning point of the narrative. His presence changed a condemned and soon-to-be-stoned woman to a soon-to-be saved woman. He did not condemn the woman, but made a lovely provision for a reconstructed second chance for her. This reminds us of the passage that says that God is not interested in the death of a sinner but in his (her) repentance and reconciliation with him (Ezekiel 18:23).

The central focus of our Lord Jesus Christ is on saving the lost not on losing the lost (Luke 19:10). Whenever we are living in sin we are lost like the prodigal son of last Sunday. God looks forward to our return like the loving father of the prodigal son. He does not wait to condemn us and stone us but to forgive us and to grant us another chance to become better children of His.

From our Lord Jesus Christ we learn these ultimate lessons:

Situate yourself in the position of the woman caught in the act. Remember God often catches you in the very act of sin, though people may not have caught us, but His love still reaches out to us and calls us to make a U-turn. This is actually the moment of U-turn. This is the right moment; the moment of: “Go-and-sin-no-more!”

I wish you a blessed and blissful Sunday and a great week ahead.

2 Comments on “OUR OLD-PAST VS OUR NEW-FUTURE: THE GOSPEL OF SECOND CHANCE. HOMILY FOR THE 5TH SUNDAY OF LENT (YEAR C). Rev. Fr. Boniface Nkem Anusiem PhD”