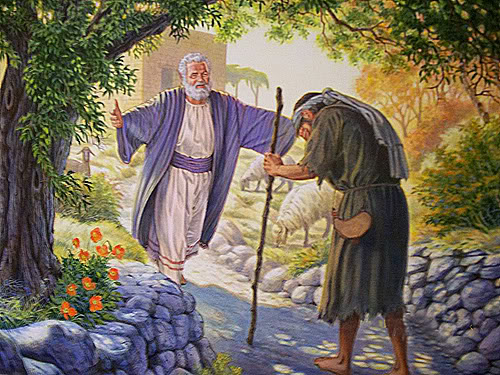 Once upon a time, I saw a child crying and struggling to free himself from the grip of a woman whom I believed to be his mum. The child was very insistent on being let alone to walk around. His wailing later became very discomforting for the immediate social space. After a brief resistance, the mum had no option than to leave the boy to enjoy his freedom of movement but kept an active eye on him. Left alone, the little boy (who probably just learnt how to walk) took off and started navigating the whole place until he stumbled over something and felled face down. At this point, his freedom of movement stopped and he started to cry, not for freedom again but for rescue. Immediately, His mum rushed to the place he was, picked him up and calmed him.

Freedom is one fundamental thing that we all desire and do also deserve. All of us, young and old, small and great, rich and poor want FREEDOM. But there is no absolute freedom. The French Philosopher and Political Theorist, Jean Jacques Rousseau, in his Social Contract made it clear that “Man is born free but he is everywhere in chains!” You are free to jump from any height but that freedom may not guarantee a safe landing for you. There is thus an eternal struggle to be free but this goes with responsibility. You are free to play but you are not free to stray. In the Garden of Eden where the first certificate of freedom was issued, there was a clause of responsibility attached to the freedom to eat of every fruit in the garden (Gen.2:16-17; 3:2-3).And that was the exclusion of the fruit at the middle of the garden.

In the Gospel Reading today (Luke 15:1-3,11-32), we see this same theme of FREEDOM subtly running through. An active reading would disclose the fact that the major actors in the periscope were prodded by the fact of FREEDOM of choice: the prodigal son, his brother and their father. In fact, they were all prodigal in their respective free actions and inactions. We shall, in this reflection, look at this freedom in line with what we shall soon understand as DISTANT COUNTRY.

In the parable, we are told that a rich man had two sons. There is always a duality and contrast in most biblical stories. The younger one came to him and requested for his own share of his father’s wealth. His request was totally preposterous and out of place because what he was asking for should really come to him after the death of his father not while he was still alive.

The young man freely made the choice to have his own share of his father’s wealth. His father being a kind-hearted man freely allowed the boy to have what he wanted. In connection with God, He allows us in our choices; He does not force us. The father actually did more than what was anticipated. He divided his wealth into two equal parts. That means he gave the boy more than he wanted. Since the father was still alive he should have received lesser than a half.

After squandering the property he got from his father on loose living and following the famine in that country, the younger son became poor, hungry, disconnected and friendless. This points to the fact that in the distant country all riches will disappear but God’s word will remain (Mark 13:31). In our distant country we experience disconnected from God and like St. John would say we become useless (Jn 15:5).

In the face of the frustration in the distant country, the younger son did what he would not do when he was connected with his father. This points to the fact that when we travel into the distant country we lose our focus and we do things that we are not supposed to do. In this location, the younger son decided (free choice) to hire himself out to one of the locals to take care of their herd of pigs. Now this is the lowliest job a Jew could do that time. This is because Jews consider pigs as unclean animal. Hence for a Jew to take care of them and feed them is very senseless. That the young man could not even get leftovers from the pigs points to the fact that he was hanging in there only to get shelter.

This juncture of coming to his senses forms the turning point of the parable. At this point, the young man realized where he came from and how far he has drifted away. In fact, it was at this point that he realized that he was in a distant country. Coming to his senses, he remembered his identity as a legitimate son and not a slave. Often when we are in the distant country of sin we lose our identity. We can only reconnect to our identity when we come back to our senses.

The coming back to senses is the point of repentance. It is the moment of reconnection and longing for reconciliation. It should be noted that repentance comes before reconciliation. There is no real reconciliation without a prior repentance which in our context here refers to coming to one’s senses. This is actually what we need to do at this point in time. This Lenten season is ripe enough for us to come to our senses, realize how far we have wandered away and to make the decision to return and do things in new and better ways! REPENTANCE is the watch word for us.

It actually takes a strong conviction to return from the region of sin and disconnection back to the region of God and salvation. The young man coming to his senses said: “I will arise and go to my father, and I will say to him “father I have sinned against heaven and against you ; I am no longer worthy to be called your son; treat me as one of your hired servants”. Pay attention to these: “I will arise!” This actually means that he has been completely down. Sin has a way of bringing us down spiritually and even physically (Luke 5: 17-26).

Furthermore he said that he would go to his father and acknowledge his sins. Very often we rationalize and justify our sins. He went immediately without wasting time like we often tend to postpone our repentance and reconciliation with God. If he wasted more time he could have died without realizing what he had already conceived in his mind. Many people have died with their wonderful dreams due to inactivity and delay.

The young man was on his way coming home when his father did the following:

These gestures demonstrated the father’s unconditional forgiveness, affection, love and readiness to reconcile with him. By sighting him from a distance, we understand that the father has been actively watching out for him just like the mum of the little boy in our opening story. At the sight of the younger son the man ran to him.

We already know the lines of apology the young man planned to render to his father. However when he started, his father stopped him half way. God is definitely not interested in our past, He is rather thinking about a better future for us. Hence, the father called for a robe, a ring and sandals for his younger son. This tells us that when we make a return to God, when we come back from the distant country, He will restore our lost fortunes (Deut. 30:3).

The younger son experienced restoration because he freely decided to come back from the DISTANT COUNTRY! The decision we make today could lead us to a brighter or bleaker future! This point is highlighted by St. Paul in the Second Reading (2 Cor.5:17-21) where among other things he said that if anyone is in Christ he is a new creation; the old has passed away, behold the new one has come. The old is the distant country and the new is the home of the father where there is forgiveness and reconciliation.

The story would have ended very well with the father’s reconciliation with the younger son following his passionate return and reconciliation with the father. However, someone entered the scene, the elder son. We didn’t hear from him when his younger brother took his own share and left to the distant country. An affectionate brother would have being bothered. There was no mention of him pleading with the younger brother not to leave the house. We were not told that he went out in search of his brother.

The elder son was obviously happy that his brother chose to be lost and may be in his mind he is gone and would die in the distant country. Very often we allow our brothers and sisters to go the way of destruction without any effort to help them. Some of us tend to be happy when others are living the wrong lives while we exhibit self-righteousness. Very often we enjoy seeing others fail shamefully even when we can do something to assist them to right their wrongs.

The elder son was amazed and also angry that his brother repented and came back alive and that a party was already put in place to celebrate his return. When a servant told him what was going on in the house he refused to go in. He was not ready to see a lost and wayward brother reconciled and reunited with the father. When his father came to persuade him to come and rejoice with the others over the return of his brother he began to compare notes of achievement with his brother.

He even went further to give us the information no one had before now that the younger brother spent his wealth on women. The information we had before was that he lived a life of debauchery which includes other things apart from immorality. From the elder son’s statements, we can see that his relationship with the father was simply commercial: “I work for you and you pay me!” He lacked love and was bereft of affection.

Very often some people identify others as sinners and in their memory register such people as legally condemned and qualified for hell fire. Nobody has right to condemn another when God had not said the final word on someone. Our Lord Jesus Christ actually shocked his listeners at some point when he indicated that tax collectors and prostitutes are making their way into the kingdom of God (Matt. 21:31). More so, God is not interested in the death of sinners but in their repentance (Ezk. 18: 23). A Saul could as well become a Paul!

Today we are invited be responsible in our freedom. Our choices should be divinely directed. The best decision you can make today is to come to your spiritual senses and make a decision to come back to God from that distant country you have been. It does not matter how long you may have been there. What is more important is that God is waiting for your return and He will take you back and restore your position in His household.

From the point of view of the elder son who represented the Scribes and the Pharisees in the parable, we are being instructed not to judge or condemn others who are still in the distant country; after all we may have been there too. What efforts are we making to bring people back to God? Do we help or hinder repentance and reconciliation? Do we intend to be alone in heaven and have hell fire filled with our relations, friends and neighbours? We need to give personal answers to these and similar questions. May God bless you as you keep on with the spirit of the season.

Do have a great week ahead and more blessings.