WHAT IS NEW IN THE YEAR? A REFLECTION FOR THE NEW YEAR DAY Rev. Fr. Boniface Nkem Anusiem PhD 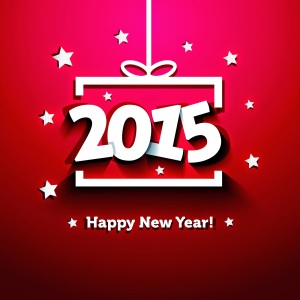 A young man was coming home to Africa from overseas after his studies. He was also lucky to have being given a job offer as the best graduating student in the entire university. He was very happy about his trip to Africa and while planning to buy things for his folks at home, he made sure he called each person to ascertain what he or she would like. His father simply requested for a blazer suit with a hat to match. The young man in question knowing how stylish his father could be, took time to visit a designer’s shop to search for a befitting latest blazer suit and a hat to match.

After a considerable length of time he succeeded in getting one blazer suit which was exceptionally beautiful. According to the sales executive, the blazer has a limited production and was handmade. He was so excited that he was going to give his father something he would be seeing for the first time.

When he eventually came back he was received with great joy and jubilation. Thereafter he started to distribute the gifts he brought to the intended recipients. His father’s blazer was the last he brought out and before he handed it with the hat to his father he presented a fairly long introduction: “Dad I am giving you a blazer suit you have not seen before. This is the latest from the topmost Italian designer. Check it out! Greyish checked, single slit with black band to match. Double breast pocket and two base pockets. It is also body-fitted with one button and stylish”. The man was overwhelmed with the credentials of the blazer and could not wait to see it more closely.

After a closer examination of the blazers, the old man laughed out loud to the bewilderment of all. He quickly begged to be excused and came back after sometime with a blazer that was carefully and neatly package in a suit hanger. When he brought it out everyone saw a blazer that was very much like the one his son brought and even more classic. Then he began his own presentation by saying that he bought the suit in the United Kingdom about forty years ago when he was still a young man doing his studied overseas.

Obviously every single feature in the blazer the son bought were in the one his father brought from his archives and like earlier said, it was more classic.  The man ended his presentation by announcing to his son that there is obviously nothing completely new under the sun. He also mentioned that there is simply a recycling of the old into what people call new.

The bible is in full support of the statement of the old man in our story as we can see in the book of Ecclesiastes (1:9-10). There we read:

If by virtue of our story nothing is new what can we say about the New Year? Put in another way what is New about the Year that is coming (or has come)? It is still going to be the same sun, the same moon, the same rain, the same body we have, the same house we live, the same people around us, it is the same 12 months, 52 weeks, 365 days, 8,760 hours, 525,600 minutes, 31,536,000 seconds. What then is it that makes the Year New? If we think that what makes the Year New is the time we exhaust the ending Year and launch into the New Year, then we can be sure that Australia will enter the New Year hours before many people and that the Chinese New Year is still to come.

Beyond all conventions and nomenclatures, the New in the Year has to do with YOU and YOUR DECISIONS. The New Year without a New disposition, New attitude, New life and New way, will be as good as the Old Year. Our Lord Jesus Christ was attentive to this when he discouraged the pouring of new wine into old wineskins and advised the pouring of new wine into new wineskins (Mark 2:22). The New Year can only be New based on how New you are, otherwise it will be a mere recitation of numbers or recycling of dates.

One important characteristic of the New Year is the widespread phenomenon of NEW YEAR RESOLUTION. This characteristic needs to be critically examined before we recycle past mistakes. If we look at the word RESOLUTION we would notice that it is actually RE-SOLUTION. From this we see the word SOLUTION with the prefix RE. The word SOLUTION has to do with a remedy to a problem or difficulty. The prefix “RE” on the other hand indicates “again”. If we put the two together RESOLUTION has to do with the ability to remedy again. More appropriately, the ability to remedy a situation again with strong conviction.

Before any resolution there must be a challenge, a problem, a habit or any other malady that needs to be remedies. Resolution is thus the strong decision and conviction to bring something to an end and to begin something new by applying a remedy once more with more conviction and focus. If you don’t understand something very well you may not be able to use it appropriately or you may use it wrongly as the case may be.

It is not uncommon for many today to make a lot of New Year Resolutions and most of these do not last until the 5th of January. There are many reasons why our resolutions fail. The first is based on the fact that many people do not understand what it actually means for instance deciding to do something is not a resolution it a plan; a resolution first entails the decision to drop something that is not good or to do something better . Apart from that, is the fact that most resolution are made without God or if you like they are made from the flesh and they end by the flesh. St. Paul was very reasonable in his confessional statement which said: “I can do all things through Christ who gives me strength” (Phil. 4:13). This means that our resolutions must be dependent on God; He is the Alpha and Omega (Rev. 22:13).Often times also resolutions do not last because we make so many of them at a time. It is better to resolve one thing than none at all.

With the New Year, let us be attentive to the fact that being in the New Year does not automatically make all things new for us. There is need for us to activate a new us. Being on the dance floor does not make one a dancer; there will be need to dance and dance well in order to be a dancer. Today many people will claim many things upon their lives: my year of divine promotion, my year of multiple blessings, my year double portion etc. These positive claims are not actually bad. But they become faulty when we fail to live up to them by making our personal efforts and allowing God to perfect the remaining things (Phil. 1:6).

May God’s grace be sufficient for us to effect something new in our lives this New Year. Do have an awesomely and peculiarly blessed year and remember that the year is New as much as you are New.