SUFFERING, CRUCIFIXION AND DEATH: ALL FOR YOU! REFLECTION FOR THE GOOD FRIDAY Rev. Fr. Boniface Nkem Anusiem PhD 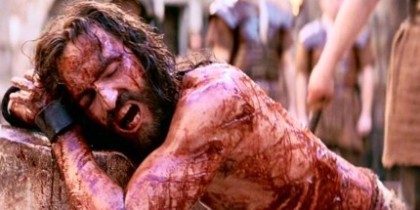 The Stations of the Cross on Good Friday is normally elaborated to capture the spirit, mood and moment of the Passion our Lord Jesus Christ as his executioners led him to Golgotha where he was crucified. In most Parishes, there is normally a Passion Drama by the Youths to demonstrate the likely sights and sounds of the Way of the Cross. In a certain Parish, an elderly Priest was leading the Stations of the Cross on a Good Friday along a rocky and rough road beside the parish. At the third station which marked the first fall of Jesus Christ, the Priest inadvertently struck his foot against a piece of rock and felled face-down and had his face bruised. The processing parishioners were moved by empathy at the sudden fall of their elderly Priest and spontaneously, emotional shouts were heard from among the people. The next challenge was if the priest should continue leading the Way of the Cross or hand over to another person. On his part he would have wished to discontinue, but upon remembering and pondering upon what Jesus Christ steadfastly underwent on the Way to the Cross for us, he dismissed the idea of stopping and continued with a renewed strength till the end; though still wearing a bruised and blood stained face.

Suffering is not a facility most of us would willingly like to accommodate. Often the search for wealth and money is meant to reduce or even attempt to extinguish suffering. Often one would hear some parents saying that they are working hard to make their children comfortable so that they may not fall into the misfortune of suffering in the future. However, one question remains ever relevant: “is suffering a curse?” and another is:”can we completely run away from suffering?” Many of us would readily adopt the defensive position and blatantly reject even the slightest essential suffering. There are many of us who would wish a life filled with roses from cradle to the grave. There are still many Christians who do not accept the fact that there must be a Good Friday before an Easter Sunday. Yes, I can bet some people would even exclaim with defiance “suffering is not my portion!” Then whose portion should it be; that of Jesus Christ perhaps; the one who deserves to suffer, to be beaten and chastised and to die? (Isaiah 53:1-10)

The word of God above confirms that it was God’s will that Christ should suffer, but the suffering is a valuable one. Often some of us suffer for the wrong things and for no value. Our Lord Jesus Christ suffered and died so that we on our own side would be liberated and have life. This day is auspicious enough for us to understand the concept of suffering which can actually be an avenue for us to gain a better future. However if we must suffer it must be for the sake of Christ Jesus who first suffered for us and never for any evil (1 Peter 4:14-15).

Essentially, the central object today is the Cross. It is thus most fitting for us to dwell more profoundly on the Cross of Calvary. It is pertinent to establish that there are two prominent platforms in the whole of the bible: the tree at the middle of the Garden of Eden (Gen. 2:16-17) and the tree of the Cross of Jesus Christ (I Pet.2:24; Acts 5:30; 10:39; 13:29). The Cross functions in undoing the powers and effects of the tree at the middle of the garden. The tree was attractive to the eyes but its fruits led humanity to disconnection from God. The cross on the other hand had no attraction (the only fruit is the one crucified on it Jesus Christ). It was despised by all but through it humanity is redeemed and reconnected with God. Hence our Lord Jesus Christ would say: “when I am lifted up I will draw all people to myself” (John 12:32). This simply means that the tree at the middle of the Garden of Eden dispersed all people from God, but the Cross of Jesus Christ in the middle of sinners (represented by the two thieves crucified by his left and right) brought humanity back to God.

Having explored all that was done for our sake, the pertinent question would be; “What can I offer to the Lord to make him happy?” This story will be fitting here. A mother came to visit her daughter in her school. The girl was not expecting the mother to come; in fact she never visited her only her elder sisters did. This day her mum came for a women convention and the venue was close to her daughter’s school and she decided to stop by and give her few things she bought on her way.

This girl was told that her mother was waiting to see her at the reception but she told the people who gave her the message that her mum was in London and the woman in question could not be her mum. She refused to attend to her visitor and walked away to a place nobody could see her. After a long time she felt that her mother had gone and while taking a walk with some of her friends her mother came behind her and touched her and asked her why she had refused to come and see her. Obviously her mother had scars on her face that made her look very awkward and the girl could not stand introducing such an “ugly woman” to her friends as her mum.

By the time this woman was able to get the attention of the girl and her friends she narrated to her how when she was a little baby, their house caught fire and she (the baby) was alone in the house and how she (her mum) jumped into the house in spite of the fire and rescued her (the daughter) safely without any hurt, while she (her mum) was seriously burnt while protecting the little baby from the fire. She concluded by saying to the girl “my girl I look ugly and awkward like this because of you; I got burnt so that you can be saved and live”. After saying this she turned and left.

What the mother of the school girl did for her child is so priceless. However this cannot be compared to what Jesus Christ did for us on Calvary yet we still deny him and betray him at needful times. The school girl in our story could hug her mum and dance around her at the comfort of their home but outside her home in the presence of her friends she denied her mother who staked her life so that she could live. Most of us are very much like this girl. The demonstration of our love for God is based on conditions of convenience. Before our friends, associates and some situations, God becomes irrelevant.

“What can you offer to Jesus Christ for what he did for you on the cross?” His suffering for us was real. During the shooting of the life changing movie “The Passion of the Christ” by Mel Gibson (2004), the man who acted Jesus Jim Caviezel confessed that Jesus Christ must have suffered more than we actually imagined. Mel Gibson wanted to make the movie as real as possible so he tried to use the actual things used by the Roman Soldiers at the time to punish criminals. For flogging they used a whip (flagrum) which had several strands on which are attached pieces of bones and irons. The Jewish flogging then was thirty-nine times (2nd Cor. 11:24) but the Roman soldiers had no limit. When they flog, the bones and irons would be dug into the body and they would draw the whip letting out blood. During the movie, they used the same whip but covered the body of Jim. However it happened once that the elastic covering shifted and the whip landed on the bare body of the actor. The impact was so much that the shooting of the movie was suspended for months to allow Jim Caviezel to recover.

We are expected to be more attentive and desirous in keeping God’s commandment; to love, to forgive and to be reconnected with God at this time and always. The best way to appreciate our Lord Jesus Christ for the wonderful work of our redemption is to mend our ways of life and live as those who have actually been redeemed!

I wish you a SPIRIT-FILLED Good Friday. 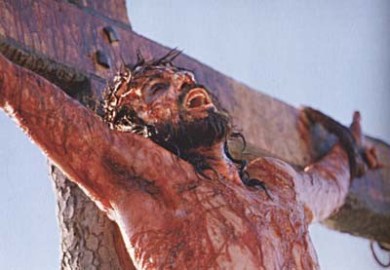