THE POWER OF WATER: HOMILY FOR THE 3RD SUNDAY OF LENT (YEAR A) Rev. Fr. Boniface Nkem Anusiem PhD 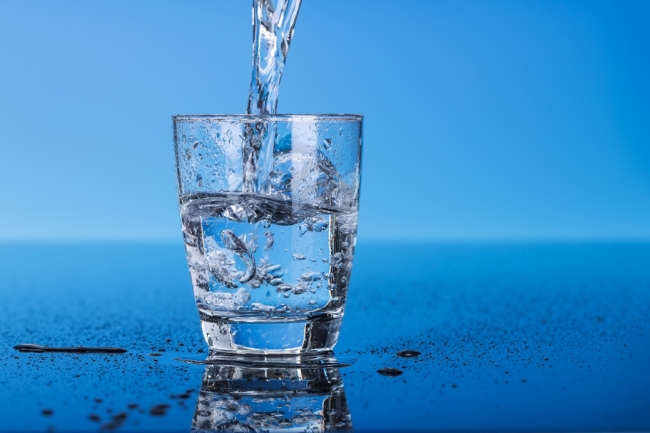 Once upon a time, on a hot sunny afternoon, a crow (a specie of bird) was seen flying around in search of water to quench her thirst. For a very long time, she was unable to find water and she became weak and frustrated but she did not give up. Suddenly, she saw a jug of water within a neighborhood. She was excited! She flew straight down to see if there was water inside. Behold She saw some water inside the jug!

The next thing was to get some water from the jug, but there was a problem! The neck of the jug was so narrow and the water level was also very low, making it impossible for the crow’s peak to get to the water. In her frustration, she tried to push the jug down in view of spilling out water, but the jug was too heavy for her to push. The crow did not give up as she tried another thing. This time she started picking pebbles and throwing them into the jug. As she did so the water level in the jug began to rise until it came up to the level she could get some water. Her thirst for water brought about this zealous creativity.

Water is obviously very important to life generally; whether for plants, animals or human beings. Human anatomy tells us that the human body is made up of about 73% of water. Geologists are also of the opinion that the earth is made up of more than 70% of water. Water is one commodity we cannot dispense with. I have not yet seen anyone who does not drink water. The simple truth is that we need water for various things beginning from our body metabolism to cleaning and washing and other things; in fact, from dawn to dusk we interact with water at various levels of uses and life without water is just ineffective!

In the First Reading (Ex. 17:3-7) today, we are presented with the experience of thirst by the people of Israel during their historic march out of Egypt to the Promised Land. It was naturally expected that they would run out of food and water in the desert. At the point of the reading today, the people started complaining and accusing Moses of bringing them out from the land of Egypt to die of thirst in the desert. Moses prayed to God and God commanded him to use that staff with which wonders were done in Egypt to strike the rock for the people to have water and it was so. The place was then named Massah and Meribah because there, the people not only complained and put the Lord to the test they were also in doubt if God was with them.

It was reasonable for the people to search for water, but it was most unreasonable for them to do so without faith in God and even putting God to the test. This is unlike the crow in our story who was hopeful that she could still find water even when it seemed impossible. Are we not very much like the people of Israel who were searching for water even when water was around them? Often we search for things that are very much within our range like the proverbial man who was inside a stream and at the same time struggling with soap foams in his eyes.

In the gospel reading today we are presented with a very interesting encounter between our Lord Jesus Christ and a Samaritan woman. It is important to note the encounter was generated by thirst and the need for water. Our Lord met the woman at a well in a town in Samaria. Coming from a long journey, Jesus was tired and thirsty but he could not get water from the well because he had nothing to use to draw the water; very much like the initial challenges of the crow in our story.

It was not long when a woman emerged; her name was not provided. Whenever someone is not given a name in the bible there is a tendency to infer that the person could be representing a larger population. In this instance, the woman represents all of us who have the privilege of encountering Jesus Christ on a personal basis. During the encounter, our Lord asked the woman for a drink of water because she came with a drawing bucket. This reminds us of a similar demand he made while hanging on the cross; “I am thirsty” (John.19:28). In another place, he instructed that admittance into heaven would include but not restricted to giving water to the thirsty (Matt. 25:35).

Our Lord respectfully asked the woman for water. The request was unusual in so many ways. Jews were socially and religiously barred from interacting with non-Jews. If this interaction must take place it must not be with a woman either. Based on this fore-knowledge, the woman modestly reminded our Lord about the gap between Jews and Samaritans. To this, our Lord told the woman if she knew the gift of God and who was asking her for water she would have for the living water. What could be this gift of God if not faith which we know as the supernatural gift from God; the assurance of things hoped for and the certainty of things unseen and (Hebrew 11:1). Hence our Lord was talking about faith in God and the knowledge of Christ. St. Paul in the Second Reading (Romans 5:1-2; 5-8) would refer to this as justified faith that gives us access to God through Jesus Christ.

From this point in the discussion, the woman became interested in obtaining the living water which our Lord promised to give her the type which will eternally quench the thirst for water. When she requested for this water, our Lord asked her to go and call her husband. Obviously she had none as she had five in the past and one she was staying with at the moment was not her husband. Our Lord’s depth of knowledge about her hidden life made her refer to him as a prophet. This reminds us that every detail about us is open to God.

In a further discussion, she spoke about the coming of the messiah and our Lord declared that he is the one. At this point, the disciples who were out to buy food came back and the woman left to the town to tell people about the Messiah who told her everything about her life. When the people, came they also confirmed what the woman had told them.

From the encounter our Lord had with the woman, we discover so many things. Our Lord was thirsty but his thirst was rather for the soul of the Samaritan woman than for water. On the other hand, the Samaritan woman was more spiritually dehydrated than thirsty for physical water. Her past life which our Lord touched upon lends credence to this fact. In fact, it could be said that her life was as dry and as arid as that hot afternoon when she met Jesus Christ at the well.

The dialogue between our Lord Jesus Christ and the Samaritan woman turned out to be a form of spiritual direction for her. From the dialogue, one could notice her rapid growth in faith and knowledge. First, she saw our Lord as a Jew, next she respectfully called him sir, she went further to liken him to a prophet and finally she declared him the Messiah. Her faith development did not stop at these as she did the most amazing; becoming an evangelist by going into the town to declare the presence and power of Jesus Christ to those who cared to know. It is clear that the Samaritan woman who went to declare Jesus Christ to people was a transformed version of the one who said Jews had nothing in common with Samaritans.

We can see how the thirst for water became an occasion for a very effective and transforming encounter. The question we need to answer within this Third Sunday of Lent is: “what do we thirst for?” Though we need water as an element for physical survival, we most appropriately need the living water for our spiritual survival. Like the crow in our story, we need to search for this water with creative zeal and zest. We get the living water by listening to the word of God and putting it into action (Luke 11:28). The exact thing that the Samaritan woman did.

As we march into this Third Sunday of Lent, let our thirst be for the living water that flows to eternal life. Unlike the Israelites let us hope on God who provides instead of complaining and putting Him to the test. Like the Samaritan woman let our encounter with the Lord bring so great a change that will transform us from saying no to Jesus Christ to announcing his presence and works to all around us. Thirst for the Lord and this encounter with the Samaritan woman can be summed up in the words of the psalmist (Ps.42:4): “My Soul is thirsting for the Lord when can I see Him face to face!”

Have a wonderful Sunday and a blessed week ahead!

One Comment on “THE POWER OF WATER: HOMILY FOR THE 3RD SUNDAY OF LENT (YEAR A) Rev. Fr. Boniface Nkem Anusiem PhD”