OUR SINFUL PAST VS OUR SAINTLY FUTURE: HOMILY FOR THE 5TH SUNDAY IN ORDINARY TIME OF THE YEAR (C). Rev. Fr. Boniface Nkem Anusiem PhD. 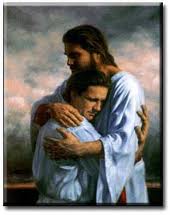 The lynching, burning and killing of four students of University of Port Harcourt on the 5th of October 2012 at Aluu community in Rivers State Nigeria raised so much dust in Nigeria and beyond. Many believed that the mob made a rash judgment by assuming that the young boys (identified as Lloyd, Ugonna, Chidiaka and Takena) were robbers following the alarm raised by a debtor to one of them. Without mercy or chance for the young boys to state their own side of the story, they were gruesomely beaten to death and their bodies set ablaze in broad day light!

In the book of Psalms (130:3-4), we read: “If you O Lord should mark our iniquities, Lord who would survive, but with you is forgiveness and for this we revere you”. When a woman that was caught in the very act of adultery was brought to Jesus for him to supposedly condemn her, our Lord challenged those who brought her thus: “If any one of you is without sin, let him be the first to throw a stone at her”. (John 8:7) .We are aware of what happened after; they all walked away starting from the eldest. St. Paul provides a summary which says: “For all have sinned and fall short of the glory of God”. (Rom.3:23).

From the three readings today we notice a common denominator running through and that is our sinfulness before God. Before God we are truly and thoroughly sinful. Our sinful state becomes more glaring when we come closer to God’s righteous presence; it is like discovering how short you are by standing beside a huge giant. Isaiah in the first reading decried;

“Woe is me! For I am lost; for I am a man of unclean lips, and I dwell in the midst of a people of unclean lips for my eyes have seen the King, the Lord of hosts” (Isa.6:5).

In the second reading St. Paul reflecting on his days of antagonism against the early Church (Acts 9:1-5) confessed:

In the gospel reading Simon Peter after witnessing the miracle of the great catch of fish went down on his kneels before Jesus Christ and said:

These men encountering the exceptional presence of God recognized their fallen state. From these we can understand what exactly happened to Adam and Eve in the Garden of Eden after eating the forbidden fruit. The word of God said:

“And they heard the sound of the Lord God walking in the garden in the cool of the day, and Adam and his wife hid themselves from the presence of the Lord among the trees of the garden.”(Gen.3:8).

It is often a belief among some people that those who go to hell are those who are not able to withstand the astounding glory of heaven because they would become discordant notes in the melody of heaven. Heaven will turn out to be for them a place of torture; hence the idea of hiding and getting away from the resplendent glory of God.

Our reflection today is all about the possible transition from our sinful past into our saintly future; if you like from “sinhood” to sainthood. It is not unforeseen for some of us to identify and condemn some people as sinners. Some of us may even have a record book with columns for sinners and saints based on our defective judgments. The hard fact is that every saint had a past (which could have been sinful) and every sinner has a future (which could as well be sinless). Evidently those who lynched and killed the four young boys in the epoch making Aluu killing acted from a defective stance because even God who created us allows U-turns on the routes of our lives. That is why in the oracle of Isaiah God said:

A deeper reflection on the circumstances that led to Peter’s confession in the gospel reading today will be very helpful to us. We are told from the gospel periscope that Simon as his brother Andrew and perhaps their companions, James and John who were fishermen too, toiled all night but could not make a simple catch. From experts in the art of fishing, night times are the best times to go for fishing. But that very night was tough and frustrating. In the morning they gave up and started packing up their fishing tools ready to go. It so happened that Jesus was out in the morning preaching with a large crowd surging upon him and he requested for Simon’s boat as a platform or if you like a pulpit. Simon was willing to lend out his boat in spite of the frustration of the previous night. After the preaching Jesus asked them to cast their net for a catch but Simon told him frankly that they could not make it in the night (the best time) so the daytime may be a useless attempt. But they went ahead anyway and the catch was so much that Simon saw beyond a mere preacher by the seaside. He saw the glory of God which contrasted so much with his sinful state, hence he demanded an immediate exclusion from the presence of Jesus but Jesus Christ invited him and gave him another vocation; the catching of souls.

A reflective look into the above scenario shows God’s purpose and direction. It could thus be said that God allowed their frustration the previous night in view of the testimony of the following day. It often happens in our lives that our hard moments are serving as platforms for the glorious future we are anticipating. Furthermore we see clearly the contrast between darkness and light, between night and day, between sin and righteousness. Simon and the others went to catch fish in the night (the supposed best time to fish) and caught nothing. But in the day time with Jesus they made a great catch. When we are in darkness; in sin and without Jesus Christ we experience frustration and lack. But when we transit into light and make an encounter with Jesus Christ our lives will be touched and changed.

The encounters of Isaiah, Paul and Peter (IPP) are fitting platforms that will enable us to launch into the Lenten season which will begin on Wednesday this week with signing of the ash. We are called like these men to transit from a state of sin to a state of righteousness. We are called like them to drop the attractions of our past and embrace the new things God is doing for us now and in the future (Isaiah 43:18-19). Like Isaiah our lips need divine touch, like Paul our eyes need to be reopened to a new reality and we need a new name, like Peter we need to follow Jesus Christ unto a new way of life. Remember that you still have a chance for a better future! Nobody has the right to condemn you when God has not said the last word in your life. There is hope for a better future for you. The sinner can become a saint!

Have a wonderful Sunday and remain blessed throughout the week.

One Comment on “OUR SINFUL PAST VS OUR SAINTLY FUTURE: HOMILY FOR THE 5TH SUNDAY IN ORDINARY TIME OF THE YEAR (C). Rev. Fr. Boniface Nkem Anusiem PhD.”